The Surface Engineering Gala Dinner & Awards took place on Friday 8th October 2021 and the winners have been announced as following:

Lamberts London, a family-owned business, saw the pandemic as an opportunity for both growth and change. They completely re-evaluated their approach to marketing by employing more staff and focussing on all aspects of social media. The winner showed the development of a clear and successful marketing campaign and a shared vision in defining luxury.

Poeton has introduced 3 initiatives in order to achieve excellence in quality. This includes the introduction of a new, digital quality management system, restructuring the new product introduction resources and maintaining all quality accreditations. This focus moves the winner towards their quality objective of becoming their customers preferred surface engineering supplier by providing exceptional quality service.

What began as a cost reduction initiative, developed into a comprehensive and systematic overhaul of the Firma-Chrome’s entire environmental operations. Solar panels have been installed, LED lighting and a 60% reduction in gas consumption. It doesn’t stop there though, our winner also cares about the local community, employs local people and trains them to nationally recognised standards and they litter-pick along the river at the back of their factory. An excellent example of a surface engineering company working for the good of the environment.

In today’s fast moving business environment, you can’t afford to stand still, and process innovation needs to be high on your agenda. Texture Jet Ltd has developed a novel and innovative solution to surface texturing, such as roughening, polishing, etching etc. Their development is state of the art, environmentally friendly, reliable and repeatable and has a positive impact on the bottom line.

Developing export markets is key to the long-term success of the UK and the CBE plus has provided surface engineering coatings on products around the world – from North & South America, through West Africa and Europe to the Middle East and beyond – clearly demonstrating the global requirement for surface engineering.

Opened in 1973, Wolfson Heat Treatment Centre was originally set up by Aston University in Birmingham. Metallurgist Derek joined the team there in 1981 until, almost 39 years later, retiring as Manager at the end of 2019, the Centre having been relocated at the Surface Engineering Association’s HQ for 14 years.

Derek was the longest-serving employee of the Centre, British industry’s independent focal point for information, advice and education on heat treatment processing. Initially specialising in metallurgical investigations, whilst contributing hugely to the success of the Centre’s courses and Heat Treatment of Metals journal, he became Manager in 2005.

During the later years at SEA, Derek continued to organise and lead the Centre’s well-established and much-valued Understanding Heat Treatment courses, in which he was the major speaker. Since the first, in 1977, the 83 such courses had hosted some 2000 delegates.

Widely known and respected, Derek’s long-term dedicated service to the UK heat treatment community renders him the prime candidate for the award.

The winner of this award is one of those rare individuals who, as well as looking after their own business, is prepared to give up their valuable time to support the whole of the sector and the association in any way they can.

Godfrey truly believe that a vibrant UK surface engineering sector will be of benefit to everyone. He is prepared to question politicians and civil servants on their policies and implementation of legislation, especially when there appears to be a much simpler and more logical way of doing things. Our winner is both a professional and a gentleman and his service to the sector needs to be recognised.

Joining the Surface Engineering Association’s National Committee in 2012, Godfrey became its acting Chairman in September 2017 and elected Chairman in Spring 2018. During his extended three-year tenure until November 2020, he proved to be a proactive ever-present with excellent skills to guide the committee and pursue its objectives.
Widely respected/admired, Godfrey’s highly-valued loyal input on behalf of SEA and its members makes him stand out as the prime candidate for the award. 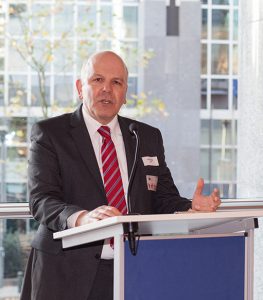 Working the way up after starting work on the shop floor, Management seemed too far removed from this youngster but, with the first signs of the relentless quest for improvement, and following a move to a new employer the future started to reveal itself.

His continued work in surface engineering throughout the years has allowed the SEA and industry, to have a presence in various groups vital to industry  – such as the Visitors’ section in the House of Lords, the European Parliament and ECHA – and the Member’s section of a various Institutions. These include, not only Materials – in multiples – but also Engineering and Environmental specialists and this presence has proved vital in more recent times, where there has been a significant increase in activity and negotiation with Government and Civil Service alike.

Successes include the approval of the Climate Change Agreement and its revised targets, recognition of the SEA as a World Leading organisation with invitations to speak on the International stage!

This ‘quietly spoken’ individual has been at the forefront of Surface Engineering, has made many friends both home and abroad, has seen many sights in the pursuit of perfection and continual learning and, has demonstrated both Leadership and Support to those in need including close colleagues. The Leadership, Learning and negotiations show no sign of diminishing.

SEA would like to extend a sincere thank you to all sponsors, entrants and attendees, the continued success of our awards is a result of your support.

The Surface Engineering Gala Dinner & Awards 2021 was sponsored by: 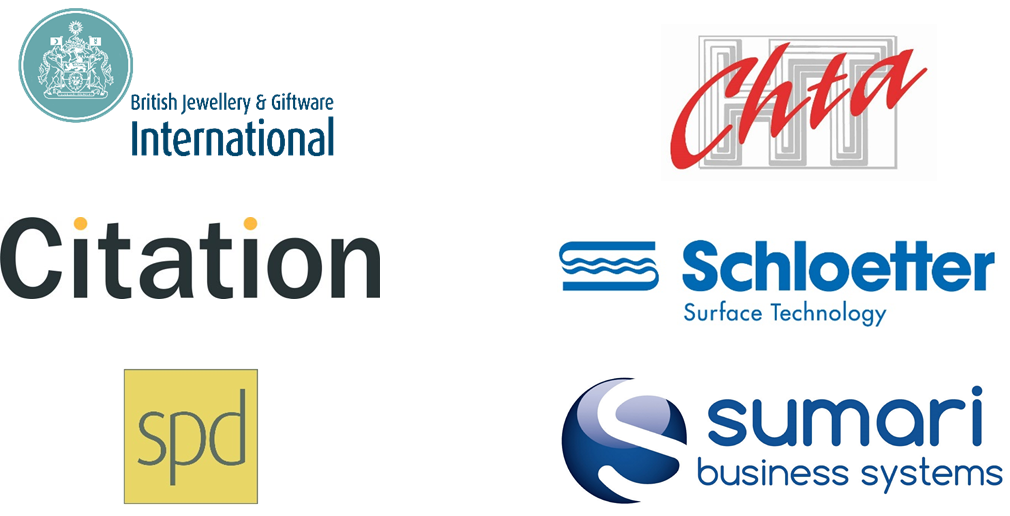